Join laser expert Dr. Jerome Rerucha to receive advanced treatment knowledge and detailed research trends for his NEW course. Dr. Rerucha's passion for performance will teach each clinician and/or performance specialist the importance to excel in "Active Examination™" procedures to enhance the typical table examination and treatment methods used by all clinicians that only a doctor with over 20 years of hands-on laser experience in a full-time, referral-based clinic can provide. You will gain the knowledge you need to add Low-Level Laser Therapy to your practice. But to truly optimize this proven technology with your current exam and techniques. You will also be exposed to many enhanced examination and treatment applications that can be applied immediately into your existing clinic. This seminar will focus on how to overcome the pain and opioid crisis and move beyond symptom relief to measurements of being healthy, and to maximize performance. Performance Optimization seminar applies Dr. Jerome's clinically tested proven methods, hands-on protocols, and rehabilitation techniques as applied to the general patient and how the system applies caring for start to finish and the making of world champions in multiple sports.

Come and see how this comprehensive and hands-on examination approach of therapy will produce superior clinical outcomes for your patients!

Back Pain-a Crisis in America: Statistics and Data

The Safety Pin Cycle-Low Level Laser Therapy and the Brain 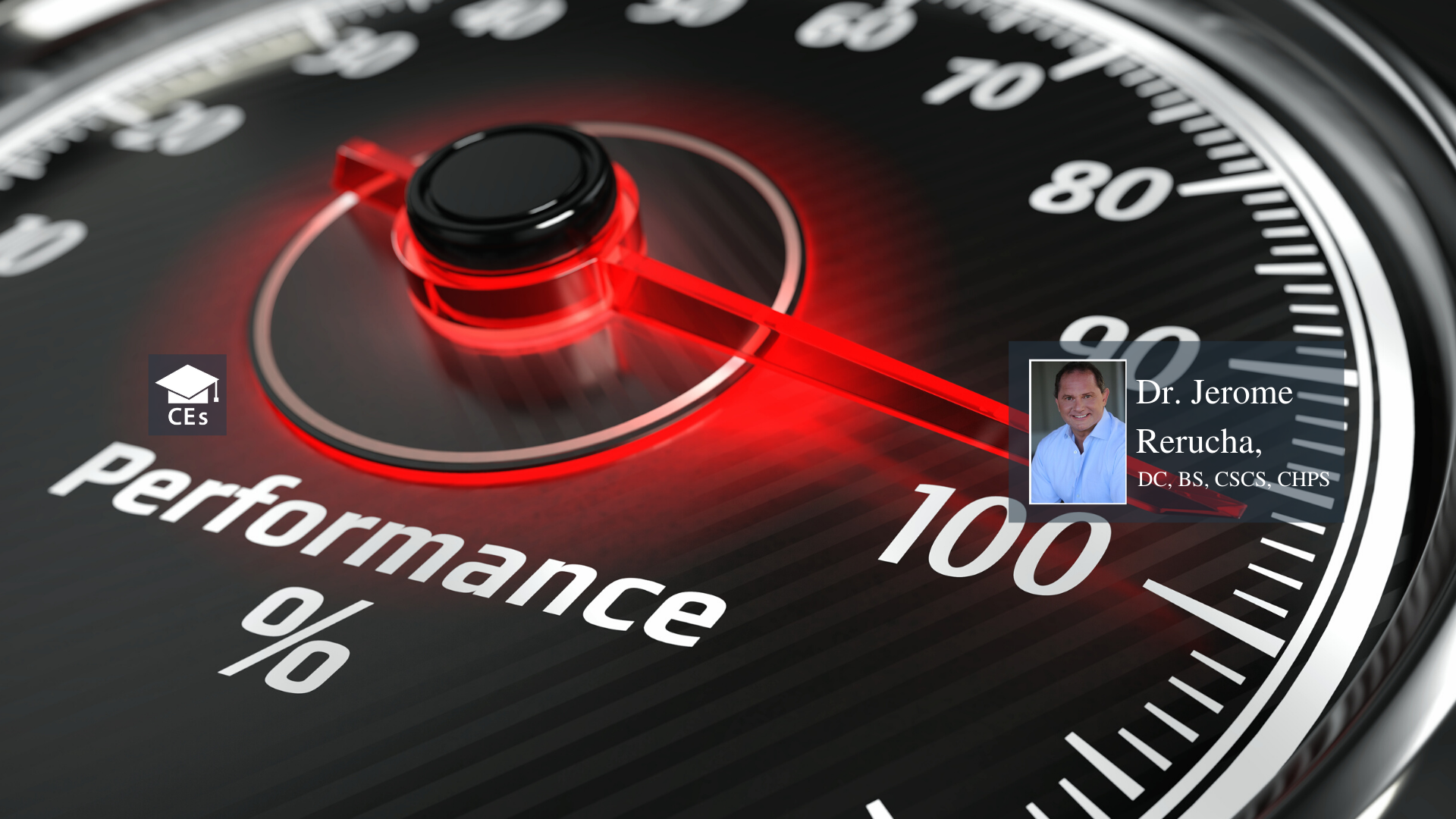 Jerome Rerucha D.C., B.S., C.S.C.S. C.H.P.S.® is a practicing clinician, co-owner of Crossfit Eatonton with his wife, Jennette, and a speaker teaching integration of advanced clinical treatment applications and competitive strength and conditioning principles. Prior to clinical practice he was a full-time strength coach, competed in powerlifting for 14 years and won a Lifetime Drug Free World Title and The Best Lifter Award in 1999. Dr. Rerucha has been involved with numerous Division 1 strength programs. Having the personal competitive lifting experience, coaching numerous types of athletes and elite strength athletes provides additional benefits when teaching his dynamic clinical applications.

is a multi-dimensional program that creates a “universal evaluation and language” to integrate clinicians, strength & fitness professionals and the clients they serve.

Imbalances are determined by evaluating and scoring single axis movements in standard planes of motion and graduating to multi-axial (skilled) movement patterns. Ultimately, the information transfers to open skilled activity in daily life or in elite athletic performance.  The results of the (F.I.T.)® evaluation then assists the integration of professional treatment recommendations.

The goal of (F.I.T.)® is for each clinician and/or performance specialist to excel in “active examination™” procedures and provide a treatment solution of specific Low Level Laser Therapy, adjustments, percussion and prescribed “Clinical Exercise” programs to correct and optimize beyond the concept of ideal neutral posture and to graduate to optimum (flexibility, strength, balance and agility) movement, function and performance patterns.

*Northwestern Health Sciences University (NWHSU) applies for CE Hours to the chiropractic state licensing boards in states surrounding the seminar location. If you need hours for other states, please contact NWHSU before the seminar at 952-885-5446. Certain restrictions apply. *$65 extra for CEs (if needed). Transcripts are sent out by email approximately 2 months after seminar completion. If you need a copy sooner, please contact NWHSU directly at (952) 885-5446.  Please visit NWHSU’s FAQs for your CE Questions.